With the recent release 1.3.14 instantaneous-browserification, Angular introduced better support for those using Browserify. Thank you to everyone who worked on that issue, and especially to Ben Clinkinbeard for his unflagging dedication in getting it in.

In this article, I’ll show you how Browserify can make your Angular apps better.

We’ve created an example that does just that.

You’re only using one library, but you have to know about four different scripts and the paths to those scripts. 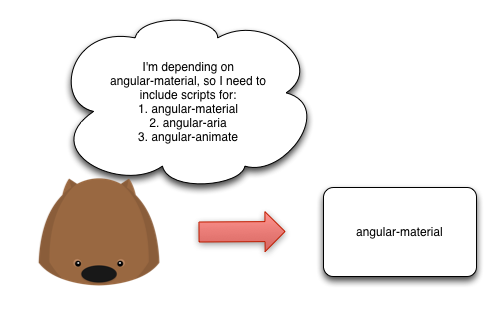 It would be great if your app only needed to know about angular-material, and if angular-material knew about its own dependencies… and that’s one of the things Browserify helps you do. 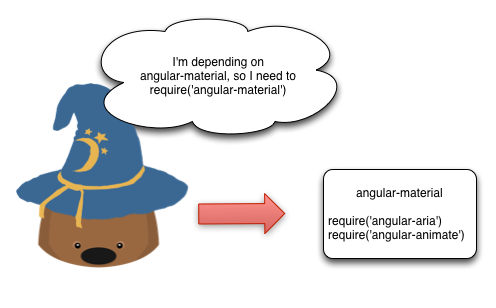 To do this, we’re going to need to make changes both to angular-material and to our app.

If you were the maintainer of a module like angular-material, what changes would you need to make for this to work?

Changes in the app

Now that angular-material plays well with Browserify, we can take advantage of that in our app. Check out the demo to see it all in action.

To wrap it up

So next time you are using an Angular module and have to include a bunch of script tags, think about putting in a PR and making things a little easier to bundle up.