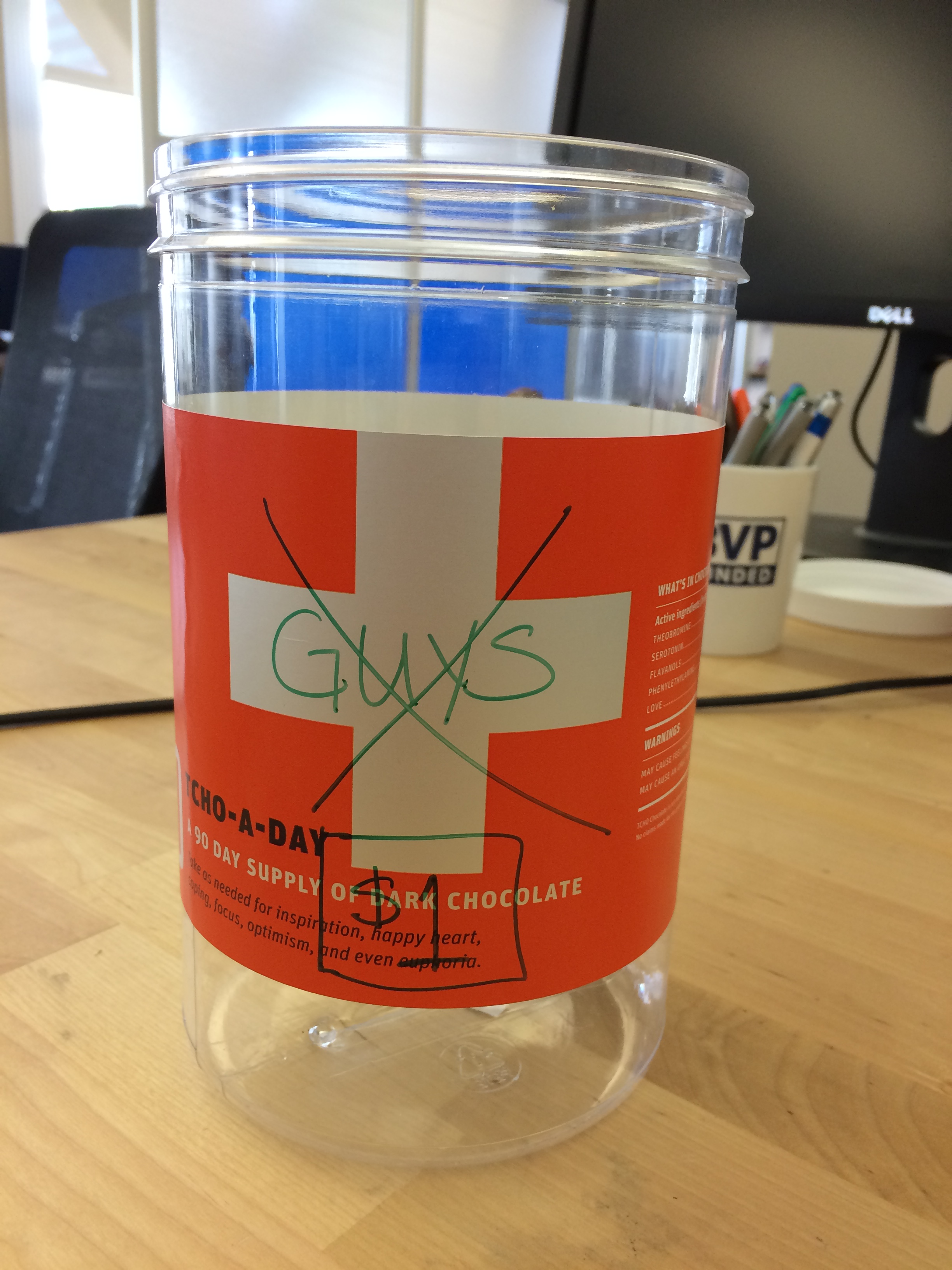 We didn’t invent the idea, though I’m not sure where we first heard about it. But the idea is: if you believe that using the word “guys” to describe a mixed-gender group of individuals is creeping sexism, and are trying to eliminate that word from your casual use, you put a dollar in the jar every time you do it accidentally.

At npm participation in the Guys Jar is totally voluntary, but a lot of us do it, and we tend to put a dollar in whenever we accidentally gender something gender-neutral or misgender somebody. When we cross $50, we donate the money to a charity. That happened for the first time today, when we gave $55 to Girls Who Code. We’ll probably switch up who we donate to every time.

(How did it hit $55? Well, I was at JSConf last week and committed a number of Guys violations, so I put $20 in the jar when I got back)